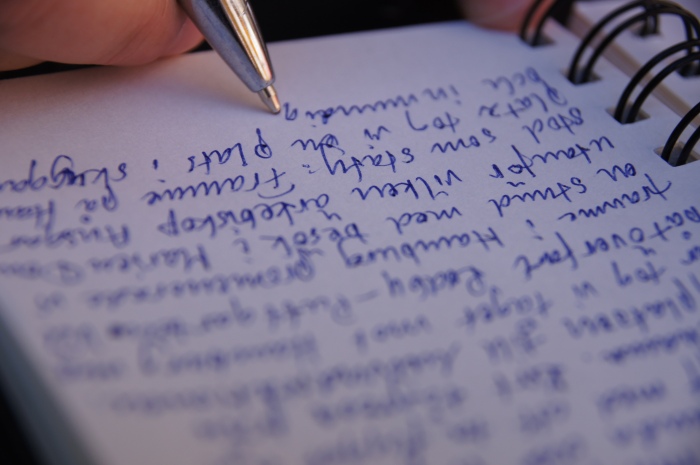 When I was little I used to love writing. My favourite tasks at school were the ones that involved poetry or story crafting. I was often too shy to read them out but I would proudly show them to my friends.

I still love to write. And I’m still sometimes shy about putting my work out there to be read. Perhaps that’s partly why my “nearly finished” novel has been languishing almost untouched since it came into existence during NaNoWriMo 2013.

I’m well aware that I lack faith in my own writing. I know I can write well. When I put my mind to it I can write very well. But that doesn’t stop me from doubting whether what I wrote is really worth anything.

Part of it is probably because I’m a bit of a perfectionist, at least when it comes to writing fiction. I want the story, the character portrayal, everything I write, to be flawless. But that’s unrealistic. Unattainable. It just makes me doubt myself.

For as long as I can remember I’ve said that I want to be a writer. I wish I had the confidence to chase that goal with more certainty. Instead I’ve worked towards other things – I studied nursing, started doing childcare, because I need “something to fall back on”.

Now I’m not about to quit my job and start writing full-time. For one thing I’m a marvellous procrastinator so I’m sure I’d end up getting everything done but the writing. But I do think I should start putting more thought, more energy, and more effort, into my writing.

After all, I won’t meet my goals if I don’t try.

What’s holding you back from your goals? What would it take to persuade you to work at them?

6 thoughts on “Just A Dream”