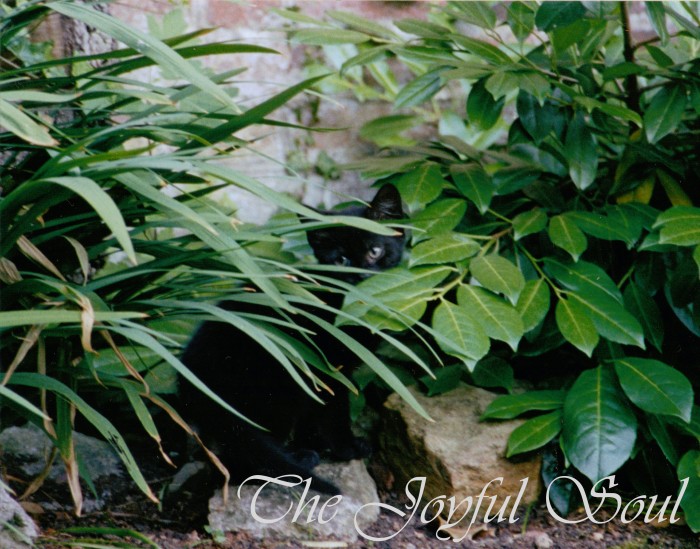 Anyone who has previously read my posts, whether here or on Katzenworld, or indeed who knows me in the world beyond the blogosphere, knows that I adore my cats. As such I’m sure you’ll all understand how sad I was to hear that my eldest cat Sacher died this morning.

Sacher was one of my English cats – the cats I consider mine but that live in England with my family rather than here in Finland with me. Sacher had been living with my dad since the beginning of the year, and the last time I was able to see him was February.

I was in my teens when Sacher joined our family. The last of the cats we’d had during my childhood had passed away at the ripe old age of 18 a few months earlier and we were ready to have cats in our household again.

A friend of mine told me that her grandmother had some kittens. Quite a few kittens in fact. I discussed it with my parents and brothers, and we decided we would get one. And then we decided actually we should get a friend for the kitten, so two it was. When we went to collect them one of them had disappeared, so we only had one to take home to start with.

That one kitten was a tiny little black ball of fluff with a triangular head. A calm little cat who, after sniffing around his new home, lay down to have a nap in the sunshine. The light shining on his fur revealed tones of chocolate-brown which led to his name – Sacher, after Sacher torte. (Incidentally, at this point we’d been told that he was a girl.)

He wasn’t a lone kitten for long as his white and grey tabby brother (also supposedly a girl) joined us within a few hours. Smudge, as we named him, was far wilder than his black-furred brother and had to be unhooked from the curtains that he’d attempted to climb up. Sacher just cuddled up on my lap to watch the craziness. A few days later a third kitten – Salem – joined the mix. (He too was “definitely a girl”!)

Sacher may not have been the handsomest of cats. He was fairly plain-looking – just a gangly black cat. But what he lacked in looks he made up for in personality. He was always a very docile, laid-back cat. He got along with everyone, whether it was a fellow feline, a human, or even the dog.

Sacher was always willing to make friends. When Belle and Woody joined the family it was Sacher that first befriended them, and indeed he and Woody became firm friends and could frequently be found curled up on a bed together. And when Sampson arrived as a kitten it wasn’t long before Sacher started mothering him.

Even with Wispa Sacher was extraordinarily patient. Wispa was, and remains to this day, very excitable around cats and would sometimes get a bit boisterous with them, but Sacher would more often than not take her behaviour in his stride.

He was a lap cat, too. He very much enjoyed a warm lap to curl up on, and would purr contentedly, radiating calmness and love.

Sacher’s death was sudden and unexpected. At ten years old he wasn’t a young cat, but we still thought we would have more years of cuddles with him.

He will be missed.