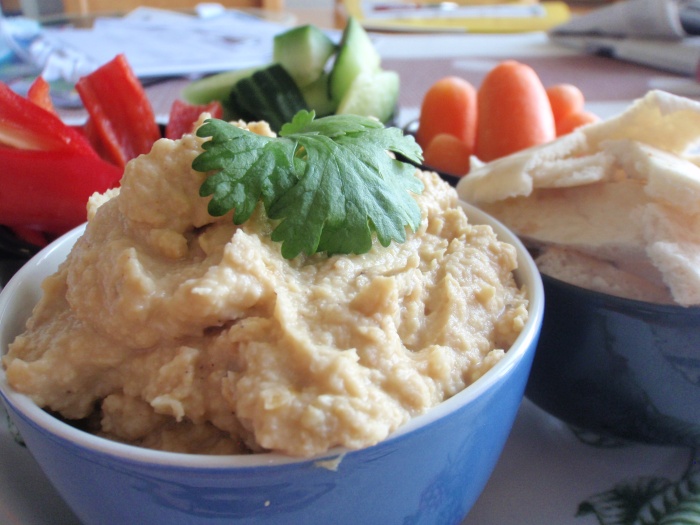 Despite the best intentions I have not got around to cooking anything in the last week, so I’m posting a recipe that I made before coming over to England. I’ll get onto that shortly, but first…

Yesterday I went to a Wedding Fayre with my mum, younger brother and his girlfriend. I’ve only been to one before, which was in Finland, and which we found pretty disappointing, so I wasn’t expecting much.

I’m very pleased to say that it far exceeded my expectations. When we arrived the first person we talked to was a toastmaster. He was very friendly, and explained everything about everything to us, giving lots of handy information and making me feel really at ease. We talked to a harpist and listened to some of her music. I was airbrushed(!) by a make-up artist, and being a hot day it was rather pleasant to have cool air blown at me! We got advice from florists, looked at samples from photographers, saw beautiful dresses and interesting decorations. We were also given a very thick booklet of honeymoon package holidays which I have already been through marking possibilities!

As we were about to leave the final room of exhibitors one of the ladies representing the hotel, Laura, introduced herself and asked if we had a venue. A quick bit of backstory here – we’ve decided we want to get married on our anniversary. We’d got engaged two years to the day after getting together, and thought it would be wonderful to get married two years to the day after that. Recently I’d been getting disheartened because everywhere we’ve contacted seems to be already booked for that day. It’s in September, which is a popular month for weddings, and just happens to fall on a Saturday! To my surprise Laura told us she had a feeling our date was available. She checked for us and it was! I thanked her and told her we’d think it over, as I’d rather not make any decisions until S is here.

On our way out we passed the toastmaster again who asked us how things were going. We told him we were considering booking the venue, and he quickly accosted from nearby another lady, Lizi, who was also representing the hotel. She talked to us some more about the venue, and took us out to look at the garden. Now as I said, the date we want is a Saturday in mid-September, which is a pretty popular date to get married. And being a wedding fayre it was likely lots of people had been there, and they may have been considering the venue… So I made an executive decision, and asked Lizi to hold the date for us!

Which means, we have a venue! Though normally dates are only held for two weeks, they’re willing to hold it until S gets over here, which is two and half weeks, so that he can come and give his opinion. It’s nice to know that we have somewhere that we can have our wedding on the date! My mum did ask if I only did it to get the date… Well, of course it was a contributing factor, but we can still look elsewhere during those weeks just in case. And it is a nice venue.

Well anyway… I’m sure nobody is here to hear about my wedding planning (although I may end up doing quite a few wedding-y posts….)

S and I both love hummus. We tried making it a few times from a recipe in a book I have of recipes of Ancient Egypt, but it didn’t seem quite right. We were going to try again and tweak it, but noticed that there was a recipe on the chickpea packet and decided to try that instead.

It was delicious. We enjoyed it so much that we’ve made it quite a few times now! In fact, we even made some to take with us on the picnic we had the day that S proposed!

It’s actually pretty simple to make. Just a case of measuring out the ingredients, chucking them all into a blender, and whizzing it together. 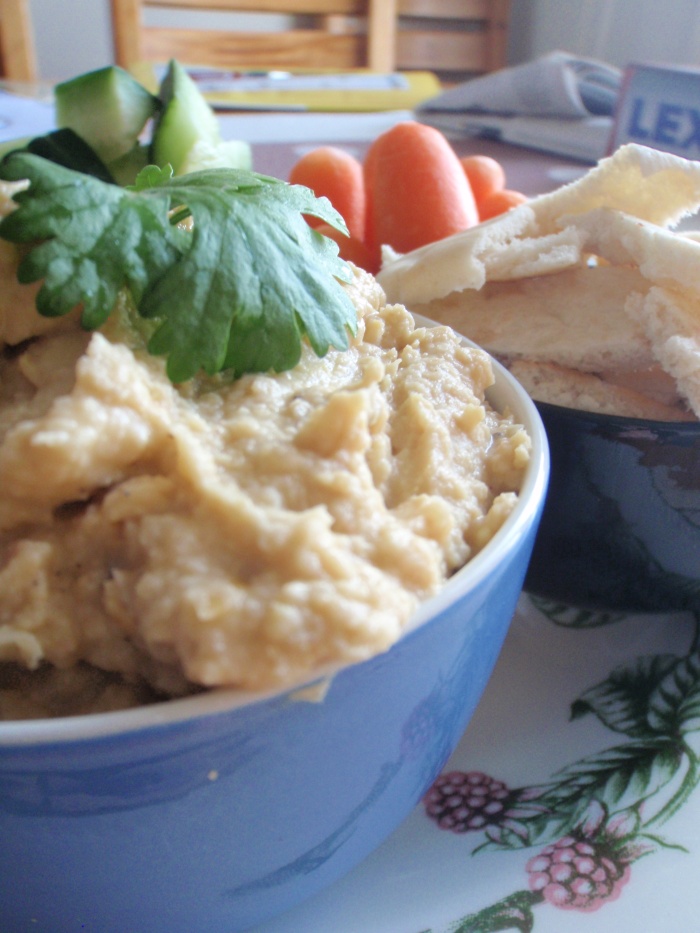 ~3 tbs water (or if your chickpeas came packed in liquid, you could use some of that)

Drain the chickpeas, reserving a little of the liquid if using.

Place the chickpeas and garlic into a blender and process.

Add the rest of the ingredients and process further until the hummus reaches the desired consistency. You may need to stop the blender and mix the hummus up slightly every now and then between blending to ensure it processes evenly. Taste the mixture and adjust seasoning if required. 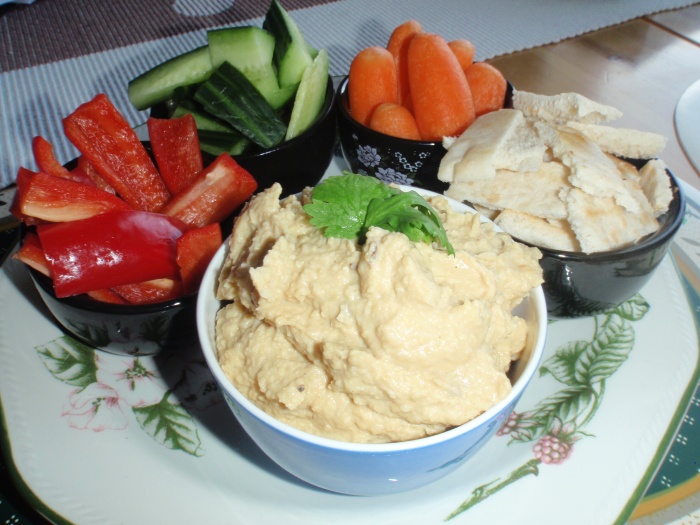 If you have any leftovers, keep them in the fridge in a sealed container. It should last for a few days.